Lot’s of people get killed in Mel’s first recommendation (Harper’s Island), but only a clown gets killed in one of Kelly’s (Graham Parker’s “Struck By Lightning”).  So there is that…

Book/Audio Book: A Walk In The Woods by Bill Bryson 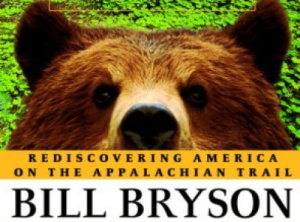