Some great music and Internet slang decoding this week gang.

This is a very help site that lets you find out the meaning to many of the slang terms and acronyms out on the interwebs these days.  Mike had a huge issue with “N” being short for “know” and both Kelly and Mike question the value of “XAXA” meaning “Ha ha”.

Top five most popular slang look ups shown on this site when this post was created were:

Go to internetslang.com to see what they mean 🙂 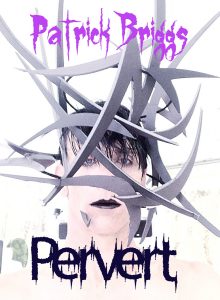 This is Pat Briggs’ first solo album.  Pat is the lead singer/founder of Mike’s favorite band Psychotica. In a break with tradition, Mike subtly plugs something he has involvement with… he created a PAGAN mix of Pat’s song “Functioning Junky” – which is included as the last track on Pervert.

BONUS: Here is a nice interview with Pat.

Which of these Jar Jar romantic pairings do you ship?