Episode 27 – Apocalyptic Art and a Watermelon in Easter Hay 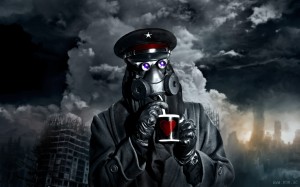