Here’s that Miltank pokemon Kelly was talking about. I think she’s cute. 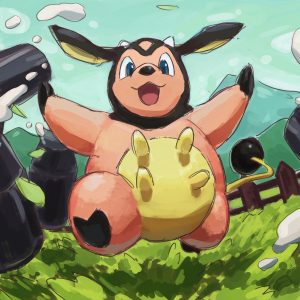 These year and a half old cubs played all morning and when mom decided to go and replenish her energy on salmon, they took the opportunity to use one another as pillows in a long morning nap. #Bear #Sleep #Nature #NatureLovers #Expedition #Love #Family #Beauty #InstaGood #PicOfTheDay

Kelly’s: @RoyWoodJr: Comedian. Appears on The Daily Show and Bob and Tom Radio.