Episode 4 – Help save the world, give to charity, push zombies, and celebrate the Funky Western Civilization

Kelly serves up a music and a game recommendation and reveals his musical past while Mel plays video games and searches for aliens… for charity. Sort of.

Kelly’s Recommendations: “Just because we’re hypnotized, that don’t mean we can’t dance!” ~ The Funky Western Civilization by Tonio K from the “Life in the Foodchain” album. 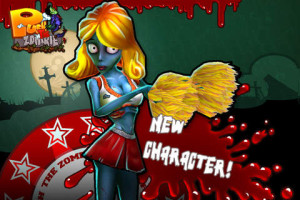