Squat Cobbler 16 – Use the Google

Mike wastes no time in securing the “explicit” iTunes rating this episode.  Be sure to tweet HIM as suggested if you would like to hear the episode theme he pitched.

It should be noted, Mike did not recommend “Faces of Snuff“, even though he guest directed a portion of this movie.  He also did not share you could order it here, or try Wal-Mart or Target who also stock it. 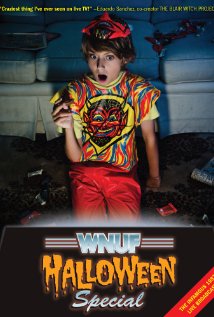 Mike DID recommend the WNUF Halloween Special. This is an amazing recreation of a Halloween special newscast, complete with fake commercials, that was depicted as airing on October 31, 1987.  A reporter broadcasts himself live as he and four other people investigate the Webber House, the site of the brutal murder of a husband and wife.

The movie totally nails the 1980s feel and is rapidly becoming a Halloween classic.

Kelly – The rare lawyer worth following on Twitter – @tchapman80

Just saved @kellythul from trying to run up a down escalator. Immediately regretted it – I deprived myself of major comedy. #Kellyisntnimble