A surprisingly dark episode that includes running from zombies, vampires, and a giant tooth.

An app to make running/jogging/walking more fun with lots of cool game elements to it.

Arriving on FX in July, this trilogy tells the tale of a battle of mammoth proportions as a vampiric virus infects New York and begins to spill out into the streets.

A little known Peter O’Toole move where he spends time thinking he is Jesus and later Jack the Ripper.  Plus toe-taping musical numbers!!

Ton’s of hits and Alice does battle with an evil giant tooth in “Unfinished Sweet”. 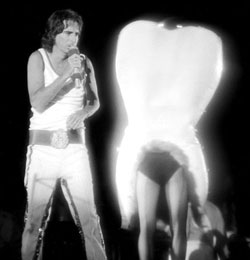 Kelly: @darthvader – he finds your lack of following disturbing

Mel: @thedailycorgi – Ending on a brighter note.  Daily Corgi pics and videos.  Who can resist that??